Habitat
Prefering deep rocky pools, this species uses a variety of habitats from sluggish, turbid lagoons to clear, swiftly flowing headwaters.  Know to tolerate temperatures in these waters as high as 34°C and pH as low as 4.3. 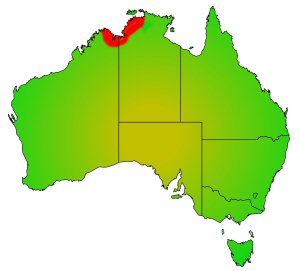 Reproduction
Not well known, believed to breed in November or December once water temperature has risen above around 29°C.

Diet
Herbivorous, adults feed mainly on filamentous algae with jaws modified for the purpose and a long, highly coiled intestine to aid in its digestion.  Also feeds on terrestrial plant material and detritus.

Angling
Not known as an angling species.

In the aquarium
Juveniles are suitable for keeping in aquaria, but adults are timid and easily alarmed.  Juveniles can be fed on a variety of small live foods and dried food, larger subjects will take frozen prawn and fish pellets.