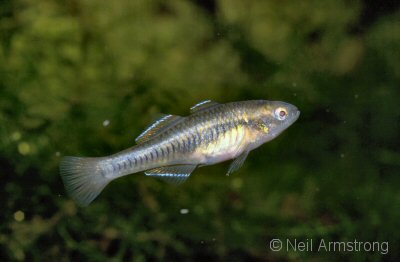 Habitat
In slow flowing sometimes turbid, heavily weeded areas 1-2 m up to 3 m deep.  Will congregate in large schools below dams and weirs.  In some locations has been adversely effected by river regulation causing water level changes exposing spawning sites. 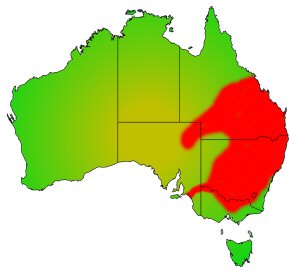 Distribution
Widespread throughout the the Murray-Darling, the Lake Eyre drainage and coastal sreams in eastern Australia.  Common, often abundant.

History
An important forage fish for the larger native species such as Murray cod, golden perch, Macquarie perch and freshwater catfish.  Early researchers reported this species to be a critical food source for juvenile Murray cod, today this role has been to some extent supplanted by juvenile carp.

In the Aquarium
A non-aggressive and interesting aquarium fish.  Occasionally captured by anglers using small bait traps to collect freshwater shrimp.  Not generally available through the aquarium trade.  Will spawn in the aquarium but due to their small size the young are difficult to raise.