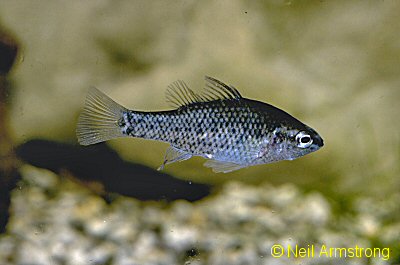 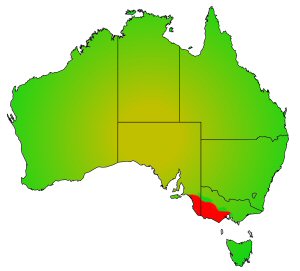 Relatively uncommon, found in both brackish and freshwater in all coastal streams west of the eastern border of Port Phillip Bay, including the Yarra River, to Bool Lagoon in South Australia.

History
Very similar to other pigmy perches, best distinguished by small mouth and inconspicuous pale vertical bar at the base of the caudal (tail) fin.

Reproduction
Spawning has been recorded in ponds in September and October at water temperatures between 16 and 24°C.

Diet
Presumably similar to Nannoperca australis.  Aquarium kept specimens adapt readily to mosquito larvae and other invertebrates, with a preference for insect larvae.  This species has potential for use for mosquito control.

Angling
Not an angling fish

In the aquarium
Has great potential as an aquarium fish, however should not be collected from the wild due to its conservation status and is therfore not readily available to the aquarist.