Habitat
Flyspecked Hardyhead are found in a variety of tropical rivers, creeks, lakes, ponds and impoundments including fast-flowing water. Generally prefers shallow water over a sand, gravel or muddy substrate with aquatic vegetation.  Shaols of the species may be found in still or slow moving sections of streams. 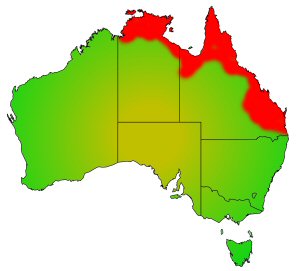 Common throughout its range which extends from the Roper River in the Northern Territory, through coastal drainages to southern Queensland.

Reproduction
Spawning is believed to be stimulated by increased water temperature and photo-period, with a peak in spawning has been observed in spring and early summere.  The eggs are adhesive and are laid amongst aquatic vegetation or amongst emergent vegetation near the water's edge.  No parental care has been observed.

Angling
Not an anging species

In the aquarium
Does well in an aquarium and is easy to maintain.  Capture from the wild in Queensland is limited to 20 fish. Can be bred in captivity.