Habitat
Generally in still or slow flowing streams at low elevations close to the sea.  Usually found near cover such as fallen timber or rocks in lakes or near the edges in streams. 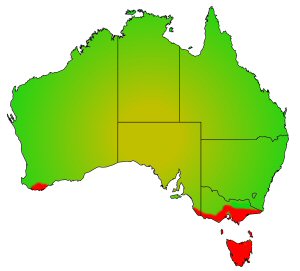 Reproduction
Undescribed, but known to involve a marine juvenile stage.  Able to tolerate a direct transfer from fresh water to the sea.

Diet
Feeds mainly on aquatic and terrestrial insects.  Spotted galaxias feed from the entire water column and the surface, occupying a niche equivalent to that of the introduced brown trout, a species with which it has difficulty competing.

Angling
Not generally considered to be an angling species, however larger specimens will accept fly and can provide good sport on ultra light tackle.

On the table
Not really a food fish due to small size.

In the aquarium
An attractive, easy to keep aquarium fish with few if any vices.  Looks good in a small shoal of six to eight fish in a well planted medium sized aquarium.