Size
Up to 107 mm, females are generally larger than males.

Conservation Status
Has not been evaluated on the IUCN Redlist

Habitat
Smallmouth Hardyheads are found in coastal drainages, particularly the lower reaches and accross a wide range of salinities from pure freshwateer to estuarine and hypersaline coastal lakes and adjacent marine water. They are often found in large schools.  E.microstoma prefer sea-grass areas in estuaries, or those with aquatic vegetation. 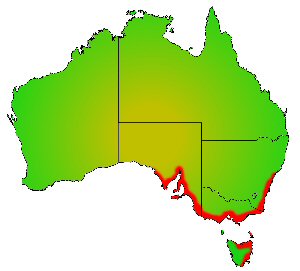 Common in coastal streams, estuaries and coastal lakes in South Australia, Victoria, Tasmania and New South Wales from Lake George in SA to around Tuggerah Lakes in NSW.

History
Smallmouth Hardyhead is essentially an annual species. The sex of the juvenile fish is reported to be determined by the water temperature at the time of spawning.with fish spawned in cooler early spring waters develop as female, while those spawned in warmer water during late sprig and early summer develop as males.

Reproduction
The fish spawn from September through to December with the adults dying shortly after spawning.

Angling
Not an angling fish, sometimes used as bait.

In the aquarium
Not recognised as an aquarium species due to its short life span.