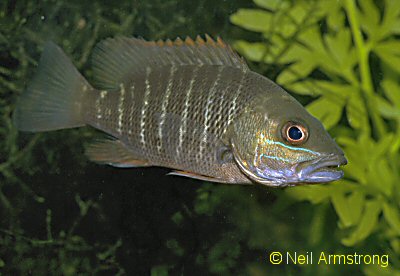 Habitat
Coastal swamp areas and lower river reaches, although has been found more than one hundered kilometres inland. 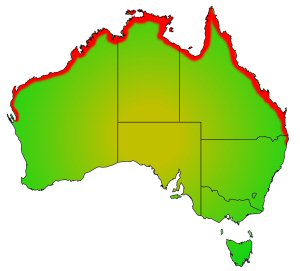 Distribution
This species has a huge range throughout the Indo-Pacific region as well as the Red Sea.  In Australia its range includes all northern coastal rivers systems from northern New South Wales, through Queensland, the Gulf of Carpentaria, the Northern Territory into Western Australia as far south as Shark Bay.

Reproduction
Little known.  Like other fish from its group, mangrove jacks are thought to produce a large number of pelagic eggs, spawning in estuaries.

Diet
Carnivorous, feeding on other fish.

Angling
An excellent sport fish.  Mangrove jacks respond well to lures cast into heavy cover.  The angler needs to exercise authority soon, or risk getting busted off by these fiesty characters.  Mangrove jacks out pull many other fish many times their size and are great fun to take.

On the table
Very good eating.  Any angler returning with a mangrove jack or two will be well received by all!  Similar characteristics to Barramundi.
Excellent when baked, shallow fried, grilled or prepared as sashimi or ceviche.

In the aquarium
Small mangrove jacks make very attractive and easy to keep aquarium fish.  However, due to their aggressive nature, they should be kept alone.